Home  Software What is VPS? 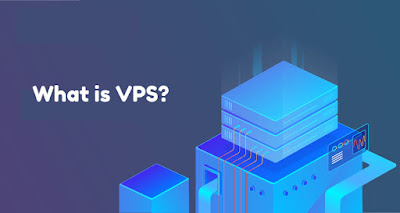 Do you already know what a VPS is? If you have previously used hosting services such as shared hosting or cloud hosting, you must be familiar with VPS. Virtual Private Server or VPS is not a new technology, VPS has been around for a long time. This VPS is also an option for those of you who want to upgrade from regular shared hosting to higher server specifications.

A Virtual Private Server (VPS) is a private server whose overall resources are only used by one user and are not affected by other users. Users can fully manage all the configurations and resources available on the VPS and do whatever they want.

The technology used by VPS is virtualization of physical server hardware which is then divided into several different resources. Called virtual because this division is done using software so that in one physical server there can be several VPS running.

After explaining what a VPS is, I will discuss a little about the functions of the VPS itself. Here are some of the VPS functions that are most widely used by users:

What is a VPS as a website server?. Most of the VPS are used to execute web pages or also known as web hosting services. Users will use VPS when their services require higher resources. Usually to the extent of exceeding the resource usage limit so that the hosting service cannot meet the demand. Most users who use VPS are developers who have high-loading clients or companies. Although there are also individuals who use VPS services because the website traffic they manage is very dense.

What is VPS hosting?. In addition to website page files, VPS also stores personal files so that they can be accessed using the internet anywhere. Most file hosting is allowed on VPS services only and not allowed on hosting services because it will only burden the server and of course annoy other users. The amount of storage capacity on a VPS depends on the package that the user uses. The larger the disk space, the more expensive the monthly subscription fee.

Some users use VPS as the engine that runs their business. Users who implement this will put bots on the server. The bot will execute the embedded command automatically within a certain time span. When Bitcoin was still a hot topic, many users tried to use VPS to mine BitCoin. However, almost all VPS service providers prohibit the use for such purposes because it will make the server in a high load position for a long time.

Some users take advantage of VPS services to serve as Virtual Private Network (VPN) servers. VPN is a private connection connection and can only be used by registered users who have a username and password to establish a connection. VPN requires a server that serves as a liaison between devices. This VPN server can be a computer or a VPS that has a VPN server installed on it.

Sometimes developers develop and test applications that are being developed using a VPS that is used as application hosting. VPS can also be used to build custom mission critical software without having to spend a lot of money.

In the website development process, sometimes you have to do tests that include the needs of the system to be run. With the VPS, all forms of shortcomings can be changed as quickly as possible. In addition, this specification will make it easier for developers to use hosting that suits the needs of the website and system.

All servers are prone to data loss. This can happen because of a misconfiguration and even a break-in by an irresponsible person. The purpose of adding a backup server is to keep the latest server data up-to-date so that when an unwanted problem occurs on the main server, there will be a backup server that can be restored at any time.