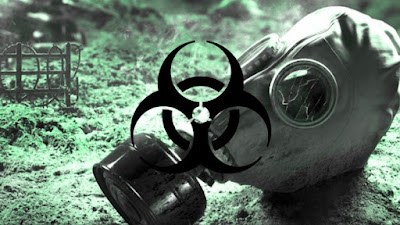 The history of the use of biological weapons dates back to 400 BC, when the Ancient Iranians (scythians) used arrows dipped in feces (dung) and the decaying corpses of living things. The same thing was demonstrated by the Romans who dipped their swords in manure and rotting animal remains before fighting their enemies. If the enemy is injured by the weapon, an infection will occur which can cause death. An important event in the ancient history of the use of biological weapons occurred when the Mongols expelled the Genoese from the city of Kaffa on the Dead Sea by using human corpses infected with the bubonic plague. When the Genoese fled to Venice, they were still followed by fleas and rats infected with the bubonic plague, which eventually led to the "black death" in Europe.

In 1754-1760, there was a war between the North British and Indians involving the use of the smallpox virus. At that time, North Britain gave clothes and blankets from hospitals treating smallpox to the Indians to exterminate the nation. In World War I, Germany used two pathogenic bacteria, namely Burkholderia mallei, which causes Glanders and Bacillus anthracis, which causes Anthrax, to infect cattle and horses of the Allied troops. In 1932-1935, Japan developed a biological weapons manufacturing program in China called Unit 731. As many as 3,000 Japanese scientists worked to carry out research on various potential biological agents for weapons, such as cholera, bubonic plague, and sexually transmitted diseases. Experiments carried out using Chinese prisoners resulted in ± 10,000 prisoners died at that time. Since that time, not only Japan has developed biological weapons, but other countries such as the United States and the Soviet Union have also followed suit.

The characteristics of biological weapons are that they are easy to produce and deploy, are guaranteed to be used by the attacking troops who deploy them, and are able to incapacitate or kill individuals repeatedly with the same/consistent results. This is useful, if we use the same biological weapon to attack several different areas, the impact must be the same. Biological agents in biological weapons must also be able to be produced quickly and cheaply. To make a good quality biological weapon, it has several additional requirements that must be met, namely being able to be transmitted, causing prolonged illness that requires intensive treatment, and the symptoms caused are non-specific, making diagnosis difficult. Generally, good biological weapons also have a fairly long incubation time in the patient's body so that the disease can be transmitted and spread widely before it can be detected.

Classification or grouping of biological weapons can be demonstrated based on taxonomy, host, syndrome caused, effects produced, method of dissemination, and practical response or according to their functional characteristics. Misclassifications that are often used in functional classifications produced by the Centers for Disease Control and Prevention (CDC), include:

Category C, includes pathogens that can be modified for distribution in the future, because they have the following characteristics: