Ranu Kumbolo, the Semeru Heaven is a Great Camping Spot 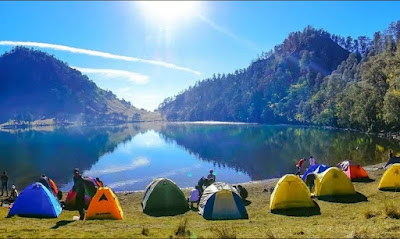 Ranu Kumbolo or Lake Kumbolo is a lake which is located under the foot of Mount Semeru. The name Ranu Kumbolo among nature lovers, is already familiar. Because it is a favorite location to set up a tent, and enjoy the incredibly beautiful nature. Many of them also call Ranu Kumbolo the "Paradise of Semeru".

By being at an altitude of about 2,400 masl, the air around Ranu Kumbolo is very cool. Around Mount Semeru itself, there are several lakes or lakes that are located not so far apart, namely:

The word Ranu itself comes from the Kawi language which means lake.

Location and Address of Ranu Kumbolo

The location of Ranu Kumbolo is in the area of Bromo Tengger Semeru National Park (TNBTS), precisely in Lumajang Regency, East Java.

The route to Ranu Kumbolo

The easiest way to Ranu Kumbolo is to go to Pasar Tumpang, you can use an online ijeg service to go to Pasar Tumpang. From there, it is continued by renting a jeep or using a motorcycle taxi to reach Ranu Pani, where the estimated time that must be passed is about 1.5 hours. To get to Ranu Pani, you can also use private vehicles, both motorbikes and cars. It's just that the intended path is quite winding and uphill is also not so wide, so you have to be very careful. Around Ranu Pani Village there is an area for parking vehicles, so you don't have to worry about that.

Supporting facilities around Ranu Kumbolo are not as complete as when you are visiting modern tourist sites. However, for the needs of toilets and simple stalls, they are available. In addition there are also places to rent tents and guides.

Mount Semeru is a favorite location for climbers to climb mountains, and Ranu Kumbolo is one of the favorite places to set up tents besides Mahameru. The journey to Ranu Kumbolo is not so steep and difficult to traverse, the path is well laid out so you just have to follow the existing road. Before heading to Ranu Kumbolo you will pass at least 4 posts, with the time and distance allocation as follows: 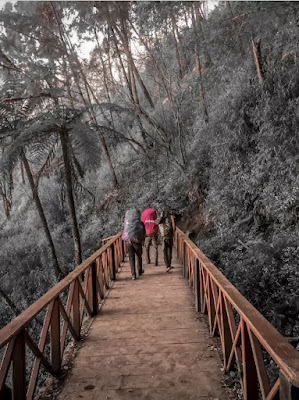 The estimated time depends on your own speed and strength, it could be faster or even slower. At each post there are toilets and simple stalls, so you can rest for a while before continuing your journey.

Myth or Legend of Ranu Kumbolo

1. The holy water of Ranu Kumbolo

Water from Ranu Kumbolo is believed to be holy water or a source of holy water which is always used for religious rituals of the surrounding community. So that climbers who want to set up tents are prohibited from bathing, washing, let alone defecating in the lake. Therefore there is a rule when you want to set up a tent, which must be at least 15 meters from the edge of the lake.

2. The Goddess of Waiter Ranu Kumbolo

Ranu Kumbolo is said to be inhabited by a goldfish which is the incarnation of a goddess who watches over the lake. The goddess appeared as a woman wearing a yellow kebaya. If you want to appear, it is always marked by a puff of smoke on the full moon. Because of this legend, visitors who come are prohibited from fishing at Ranu Kumbolo. 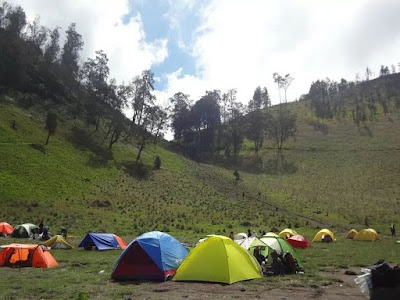 The next myth is about love stories, to the west of Ranu Kumbolo there is an incline that leads to the top of the hill. The climb is called the Rise of Love, it is said that if a couple climbs the incline while thinking about their partner without looking back, their love story will have a happy ending. The myth of the incline of love is also contained in the 5cm film… I don't know if this is true or not, but many climbers have tried it.

The charm of Ranu Kumbolo

Who does not know the beauty of Mount Semeru, Ranu Kumbolo also has an unforgettable beauty. Here are some of the charms of Ranu Kumbolo: 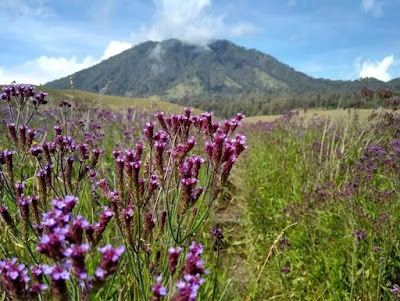 Ranu Kumbolo is in a valley with an altitude of about 2,400 meters above sea level, and is at the foot of Mount Semeru. Around Ranu Kumbolo there are some flowers that only grow in certain months. Ranu Kumbolo is surrounded by hills and a wide and calm lake. 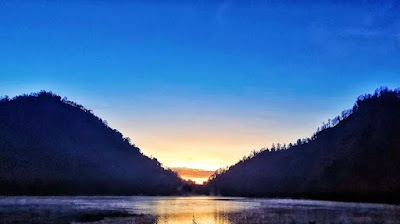 When you decide to camp and spend the night with nature, don't miss to watch the sunset or sunrise panorama. You can't get this experience every time, especially when you watch it at Ranu Kumbolo.